How is smart technology changing the desalination concepts

Even though 71 percent of the Earth’s surface is water, there’s still the issue of water shortage among humans. Why? Well, only 2.5% is fit for human use, which is not enough to cater to the needs of 759.43 crore people (2018 report). However, researchers have found a way to make use of the rest 97% of water too. And this could be done through the process of desalination. Nowadays, to reduce the wastage of freshwater, efficient desalination plants are being set up by different industries to meet their requirements. This will mitigate the issue of water scarcity.

As compared to the earlier methods of desalination, the process has evolved a lot with the introduction of smart technology. If desalination plants are set up in different parts of the country, water scarcity will become a story of the past. And humans will no more have to hesitate while using water in their day to day lives. In this guide, we’ll be throwing light on how smart technology has altered the concept of desalination.

The role of Technology

Technology has been making all of our lives easier, and now several innovations are trying to tackle the issue of water scarcity in the most cost-effective way. So, nowadays, desalination plants involve the use of wave energy instead of electricity to create pressure in the seawater. The NIOT, National Institute of Ocean Technology juggling with OTEC. Here, the warm ocean water is put inside a chamber and is depressurized. When the pressure is low, the boiling point is also low, and steam is generated easily. It is then condensed into freshwater.

And the process of condensation happens in the deep sea. Transfer the steam through a pipe to the warm region of the sea, and you’ll get back liquid water that’s fit for drinking. Apart from that,several other technological advancements have made the process even easier. Let’s now go through some of the cost-effective methods that have gifted us with efficient desalination plants.

In the process of osmosis, when you soak a raisin, it absorbs the water and swells up. The water percolates through the raisin. Water from the thinner medium transfers to a denser medium. Well, exactly the opposite occurs in the process of reverse osmosis. Here, the liquid is transferred from a denser medium to a thinner medium. In this case, the liquid is seawater, which doesn’t move freely on its own.

The ocean water has to be squeezed or pressurized to pass through the membrane.Electricity is the one and only way to pressurize it. Thus, the water flows in a reverse direction leaving all the salts behind. All this happens in a plant called RO (Reverse Osmosis) desalination. It costs somewhere around 0.05 cents/l, which is very cheap. Why not invest a little amount of money for your industry instead of using up the freshwater sources meant for human use?

In the 1960s, ED was introduced for mainly commercial use, around ten years prior to RO. It had a cost-effective approach for desalting brackish water and supplied it for public use. Not just that, it was designed for catering to the needs of biochemical and environmental industries, as well as for the production of table salt. This is why it comes under the umbrella of the most efficient desalination plants.

In this process, electrochemical separation takes place in which electrically charged ions change membranes driven by the electrical difference. Most of the dissolved salts present in seawater are ionic, and they’re either negatively or positively charged. They rush towards the electrodes having an opposite charge.

In reverse osmosis, solar energy plays a greater role and eradicates the need for electricity.The best part is, it can work 24/7. By using solar, wind, or wave energy, the expenses for converting the water is reduced by around 70 percent. These efficient desalination plants have become a constant source of freshwater.!

When it comes to seawater desalination, nuclear power has also got something to offer. The extreme heat energy produced during the split of nuclei’s atoms can be obtained easily, and it would work round-the-clock. Although it’s quite inexpensive, the only thing that’s delaying its adoption is the problem of human settlements.

Since there’s always an alternative, a small nuclear desalination plant can be put up in the suburbs. Instead of using a cable to extract power for desalination, a tanker should be set for carrying water from shore to the desalination plant and produce clean water. Not just that,it can also be hidden underwater for a submarine to generate freshwater for months.

Are you thinking of setting up a desalination plant for commercial use? If so, then Keiken Engineering is your one-stop solution. Our company was established with the aim of providing organizations with supplies and support about water. We strive to offer a variety of advanced solutions and products
for water treatment, energy efficiency, desalination, project management, and other such solutions.We assure you to tackle big projects with the utmost ease and guarantee economic success. As we hold extensive experience in the industry, you wouldn’t be disappointed at any cost. If you’ve got further queries, contact us via mail at info@keiken.es or call us at +34910577254 (Madrid),+34936811650 (Barcelona). Also, you can fill the online application form available on our website. 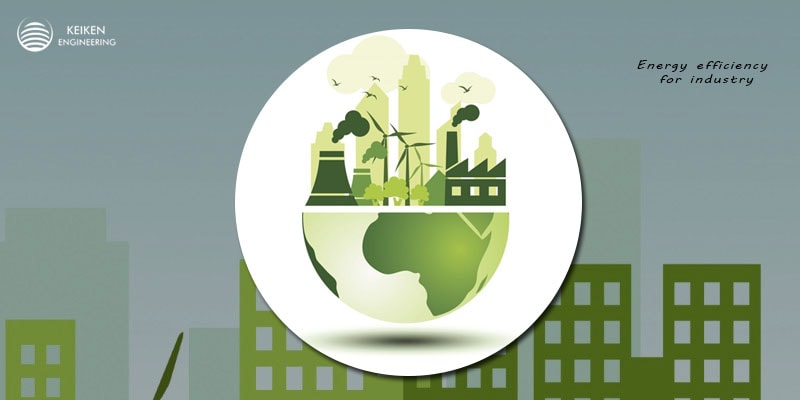 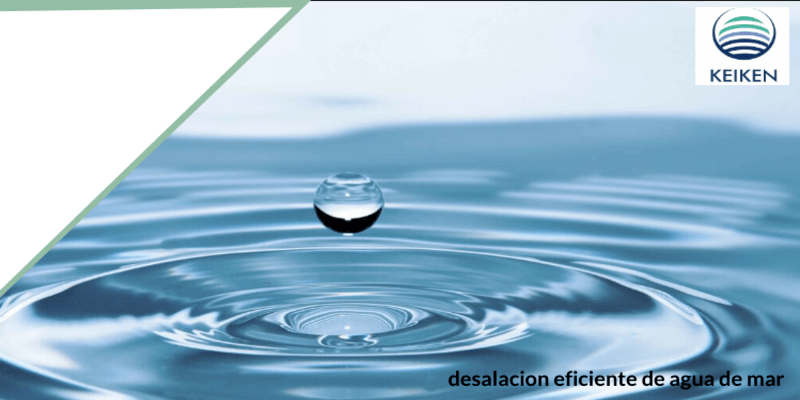 Is Efficient Desalination the Key to Save the World

Understanding the Need for Energy Efficiency For your Industry

We use cookies to ensure that we give you the best experience on our website. If you continue to use this site we will assume that you are happy with it.Ok